The Crafty Lass does… Hope the Whale TOFT crochet workshop – at The Natural History Museum!


So that’s it. I need to join the C.A. also known as Crochet Anonymous as I am officially addicted. Does it exist??

The little one naps? – Crochet. Contentedly jumping in his jumperoo for half an hour? – Surely I can fit in a few rounds of the latest project… Chores are being ignored, sleep is too. The Husband is also not really being spoken to much and usually often with “wait a minute” or “ssh, I’m counting”!

My TOFT #edsanimals collection is slowly expanding… starting out with the lovely Bridget the Elephant last year – and across the last month I have now completed Gregor the T Rex, our Patch the Crafty Dog (adapted from Maximillian the Weimaraner), Boris the Red Squirrel, (and now Blue the Whale Calf) – and with Hank the Dorset Down Sheep, Blake the Orangutan, Douglas the Highland Cow, as many dinosaurs as I can find – and of course ‘Hope the Whale’ in the pipeline…

The thing is, the reason it’s addictive – is it is almost meditative. You focus, you relax and as a bonus – the output once you know the basic stitches is FAST!

When the opportunity to go and crochet TOFT‘s #hopethewhale at the Natural History Museum came along – I jumped at the chance. My only questions of ‘where do I book’ and ‘how do I pay’?
The Natural History Museum, that along with the V&A, and The Science Museum (all of which I frequented yesterday!) in that wonderful area of South Kensington, London – has always been magical to me. Beautiful architecture, every corridor filled with wonder and excitement. As a child particularly at the Natural History Museum – it felt special to be there. Those big archways and the huge, unbelievable dinosaur rising above you…

Well, as I discovered yesterday – the amazement doesn’t stop even when you have become an adult!

Walking into the Hintze Hall to see no longer Dippy the Diplodocus (which I have just discovered is excitedly going ‘on tour’ around the UK!), but the new majestic ‘Hope the Whale‘ – magically suspended in all her glory. Truly breathtaking.
Then, underneath this magical spectacle – were around 40 tables for over 350 other awe inspired crocheters – ready to take on the challenge of a new TOFT pattern!

A true blend of never crocheted before in my life newbies, to resident experts – it was fascinating to see the task ahead being taken on with such patience and gusto! Kerry Lord – founder of TOFT and creative director, announced an extra special surprise that not only would we be crocheting ‘Hope the Whale’ but her lovely calf too. She threw down the gauntlet for the little calf to be completed by the end of the event… I am pretty competitive and so off I went, suddenly back in my crochet meditative state – yarn over and through, yarn over and through…
What Kerry failed to initially mention was this pattern threw in a few unexpected surprises from her usual format – new stitches and techniques that would also need to be mastered! Surprisingly to me however – was that although they actually sounded complicated, they were all just versions from the same theme and easy to follow once explained – we were all quickly off crocheting for a beautiful hour and a half. With plenty of explanations from Kerry herself, and those that needed extra tuition had plenty of support with the full TOFT team on hand… I was so focused, enjoying the moment – that at the end of the workshop I introduced myself to the person I was sitting next to! Who also was undertaking her own personal mission to complete the calf…

As I expected… I didn’t quite finish it on the night – I was too excited to look around and absorb the magical resplendent beauty of ‘Hope’ in the fading evening light.
I chose to try and complete the calf – on the train, on the way home… Many thanks to Angela (my friend and crochet partner in crime) for her skill and patience with this, as of course 11pm was the perfect time to get practicing half treble and treble crochet stitches?? In the end, some sleep and a cup of tea was all it took to refocus and complete the final stitches this morning.

A truly wonderful event – Kerry and TOFT should be thanked and congratulated…! Bravo! My crafty self has certainly thanked me for going, but my bank balance hasn’t… off into London, child free, and let loose with a sense of freedom and my credit card let’s just say I bought a few ‘momentos’ to remember the event… because who doesn’t need whale shaped baking measuring cups??

I am looking forward to the next one already… 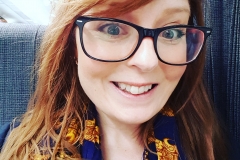 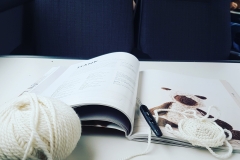 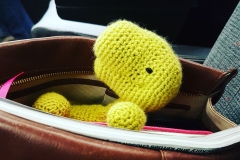 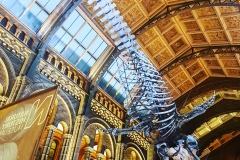 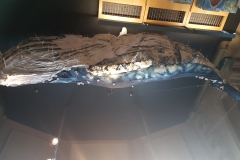 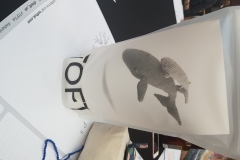 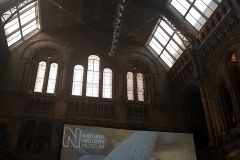 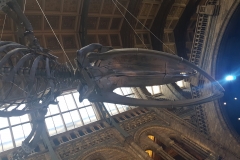 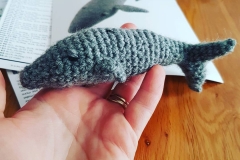 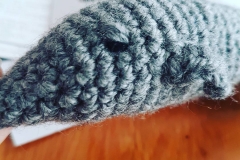 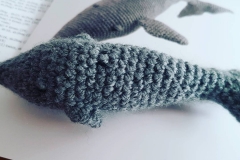 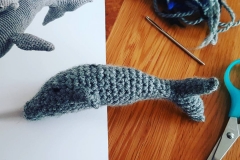 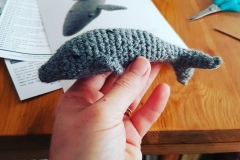