Category : General Craft Places to Go & Things to See The Crafty Lass does...

The Crafty Lass does… Jewellery making!

It’s certainly been a crazy few days in our little nation.

And, amongst all this craziness – it is calming and restorative to return to think about crafting.

The calm before the politics storm – last Thursday 23rd June – I had a wonderful trip out to ‘Nude Jewellery’ in Reigate to meet the lovely Nikki in her small, but perfectly formed studio. And, actually more importantly (sorry Nikki) to meet her very little, and very cute bundle of fluff puppy, Gizmo – who also came along for the day. Heart meltingly beautiful!

The day didn’t start well. I hadn’t slept too well, but actually – as I was up early (5.30am early) I thought I would make sure to leave in PLENTY of time to get down to Reigate. Google maps estimated around 2 hours – and watching the morning news with my brekkie and morning cuppa – it was saying how bad the weather had been/still was, and to allow extra time for your journey. With my early start I was envisaging getting there serene and ready to nip into one of the lovely little boutique type cafes on the high street for a chill, and an early snack (cake basically), before on with my lovely day.  So, 3 hours should be enough – right? Wrong.

I can honestly say, it was quite possibly the most stressful drive I have ever done in my quite little-driving-experienced life. The weather was as bad as the BBC had advised – which meant traffic accidents and slow-going areas a-go-go. I was diverted off the M25 by my sat-nav to go literally around all of the houses, small villages and towns across South-West London and Surrey borders. The diversion, I can handle – you almost start to feel like you are making progress – but, I couldn’t handle it almost being just as bad traffic on this new route too involving the SatNav changing its mind approximately every 5 mins, so – on to the M25, no – actually go this way, oh no hang on – I reckon try the M25… Basically, the traffic was so bad everywhere it couldn’t make up it’s mind – it didn’t really matter which way I went! I also couldn’t handle being nearly 6 months pregnant and being stuck in traffic… eventually one Esso garage later me pleading with their staff to let me use their facilities later, semi-calm was restored – but it was touch and go for a while!

Four hours and twenty minutes, very late for the course, later – I did eventually get there. Oh, and then trying to park in a multi-storey I somehow manage to also graze one of The Husband’s car alloys. You can imagine I might have been abit tired, weary and stressed. A few (several) choice words may have been muttered.

However, who could fail to be calmed by then making something beautiful and a cute puppy dog?? All was ok in the world.

When I left my full time employment role back in October of last year, I was very kindly given a gift of going on a silver jewellery making workshop. I was all ready to schedule in going as soon as possible! However, Christmas, one studio move for Nikki, and various other life related plans later – we didn’t manage to get anything firmly into the diary until this date in June! So, although late – we quickly got going, and Nikki very nicely let me know, not to worry about time and that we would still get everything required taught, practiced and made.

We started with a piece of brass to practice with and a little saw – gently cutting out lines – starting out straight, then wavy, before progressing on to zig-zags – which is harder than you’d imagine as you have to very gently turn the saw and the metal at the same time whilst still cutting! The saw blades for the metal are ever so delicate – and no surprise for a beginner – I broke several of them. However, I soon learnt how to re-attach the new blades and the gentle techniques required to implement your ideas.

Now for the fun part – what did we want to make? I was given a small square of silver, and needed to think about designs, the size, whether a pendant, a necklace, a brooch… A few sketches and idea changes later, I settled on making some little cloud earrings, and a lightning bolt pendant! The weather was certainly apt… I liked the idea of a ‘silver lining’ cloud.

The design ready – I drew around the square of silver on to paper to give me an idea of how I would lay everything out, drew in my shapes so I had a visual point of reference, before then replicating the same on to the actual silver. Drawing on to the silver with a pencil – just provided a gentle marked shape to cut towards – which we followed up with a permanent marker for extra guidance. Now we were ready to go!

Starting with my new found gentle cutting techniques, it didn’t take long before I was well on the way to everything being ready for the next stage – filing the errors I had made!! It isn’t that simple to cut in EXACTLY straight lines, or exactly on the pen lines (unless you are Nikki of course, an experienced jewellery maker!) Luckily, I had followed Nikki’s advice, and in most cases had managed to cut outside the lines to allow a bit of wiggle room and adjust accordingly with the file. Eventually ready and semi-happy with the finish, we now needed to solder on some jump rings/earring backs.

Nikki – blowtorch and solder at the ready – did the first earring, and I followed up with the second. Gently heating up the metal/solder until a glowing orange and everything was seemingly-magically-stuck together. Next into a cooling liquid to bring back to a temperature we could actually handle, and a quick ‘wiggle check’ – e.g. – has it worked, can I move the earring back? Nope, all good. They then moved into some acid to ‘clean’.

As the lightning bolt was abit fiddly to attach the jump ring to (due to the ‘pointy’ nature of the design) Nikki kindly and expertly took over attaching that for me. I used the opportunity to nip out for a quick break and finally into one of the lovely high street cafes for some lunch. No cake surprisingly, but a lovely bagel with avocado, mozzarella and sun blush tomatoes – delicious! Anyway, it was a quick pit stop before back to the studio as time was cracking on…

The cloud earrings were out of the acid, and now ready for polishing. A few filing adjustments to still be made, and a quick use of the ‘buffing stick’ (basically a wooden triangular shaped stick with the equivalent of fine sand paper on) – it was ready. However, I decided that the ‘brushed’ look enhanced the cloud design – and maybe it didn’t need to be polished to a shiny silver? Whilst Nikki still worked on the lightning bolt – I continued to buff in little circle shapes on to the clouds, and the more I did this, the more and more I loved and actually became very proud of them! Nikki then provided the earring ‘butterfly’ backs, and a lovely little box to keep them in. Dare I say it, all packaged up – they perhaps even looked professional?? Well, maybe not if you study them too closely… they’re not perfect – but I would actually wear them and be excited to say ‘I made these’. I suppose the whole point of the course had succeeded 🙂

Time had inevitably ticked away, and with more to be done to the pendant (it was now sat in the acid, cleaning) we decided that Nikki would kindly finish this for me and post on to me when cleaned, buffed, and polished up. The bolt will look great with a shiny finish! A lovely contrast to the matt finished clouds.

A quick goodbye to Nikki and Gizmo – and back to the car-park to the scuffed-alloys car, and a hope for being home within a shorter time than on the way here. I’d reached a lovely point in the day where despite the horrid journey, I had actually learnt something, achieved something and left with something beautiful (to me)…

The journey back did not go to plan.

The weather had improved, but the roads – had not. Two huge diversions, eventually stopping off via a friends house for a rest stop, a well-needed cuppa (and finally!) some gratefully received and well-earned cake, a chat and a Google searching-BBC traffic checking plan of action for the rest of my journey.

Just under FOUR hours later, and stopping to make the EU Referendum vote – I was home.

The Husband, despite the aforementioned car issue, had even kindly planned dinner (a delightful idea of and delicious Indian takeaway!) and again after another stressful journey, calm was temporarily and briefly restored.

Thank you Nikki for a great experience, and one I will cherish. Thank you to everyone who contributed to buy me the gift as a leaving present – it was a well thought out and brilliant choice! 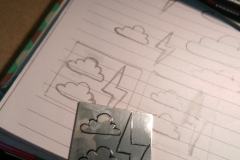 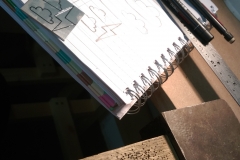 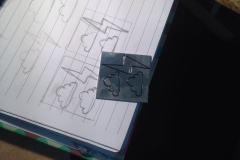 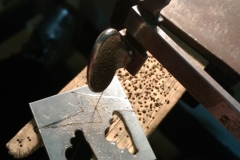 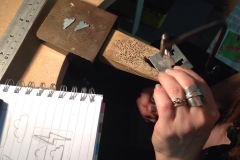 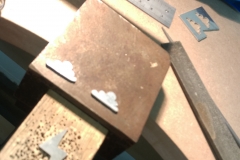 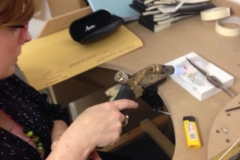 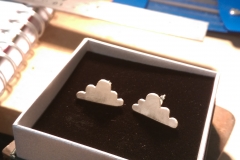 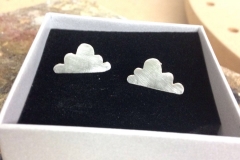 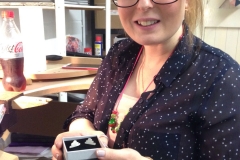 Categories: General Craft, Places to Go & Things to See, The Crafty Lass does...